Today on the Blog Ring of Power, we have Vera Nazarin, author of The Cobweb Bride, a book I read and enjoyed. She's here to tell us about her latest work.You can read the rest of the interview at the links below:

Cobweb Forest is book three of the Cobweb Bride trilogy, and it concludes the very intricate Renaissance historical epic fantasy romance story that is also a retelling of the Persephone myth. More so than the first two books, this book is somewhat more dark and yes, very intense. But it is also transcendent. The book was released on December 31, 2013, in trade hardcover, trade paperback, and various ebook formats. You can buy it anywhere online (Amazon, B&N, etc), and you can also have your bookstores and libraries special order it. See the official website for more info and buy links.

I really think this trilogy has a fresh and original plot, and many mysterious twists and turns, and some truly intense character relationships. I take the old trope of “death takes a holiday” and twist it around and use it in a historical and mythic context, plus throw in a whole bunch of cosmology and philosphy. To say any more would be to give the story away.

The ending of a series is always particularly difficult because the author is gently saying goodbye to the characters and the world, and at the same time is responsible for a satisfactory resolution, for tying up of all the plotlines and loose ends, and that goes double (or triple, or quadruple) for an epic novel. In addition, there is one part of the story which I cannot reveal now, but it nearly destroyed me, while writing it. It was the single most difficult thing I’ve ever had to write, and I cried all through it, both in first draft and during edits. But it was cathartic, and necessary, and it turned out very well, I believe.

I learned that, as I wrote in the beginning of the novel, “There is only Love—and Stories. All else is but a shadow dream.”

As an award winning artist, I myself designed and created all of the covers for this series. I use elements of classical world art to put together magical and beautiful images that are steeped in history and antiquity. 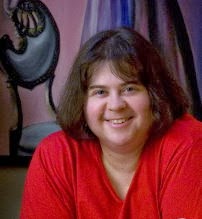 VERA NAZARIAN is a two-time Nebula Award Nominee, award-winning artist, member of Science Fiction and Fantasy Writers of America, and a writer with a penchant for moral fables and stories of intense wonder, true love, and intricacy.

She is the author of critically acclaimed novels Dreams of the Compass Rose and Lords of Rainbow, as well as the outrageous parodies Mansfield Park and Mummies and Northanger Abbey and Angels and Dragons, and most recently, Pride and Platypus: Mr. Darcy's Dreadful Secret in her humorous and surprisingly romantic Supernatural Jane Austen Series, and the epic Renaissance fantasy Cobweb Bride Trilogy.

After many years in Los Angeles, Vera lives in a small town in Vermont, and uses her Armenian sense of humor and her Russian sense of suffering to bake conflicted pirozhki and make art.

The world is broken... A dark Goddess rises. A mortal maiden must stop her. 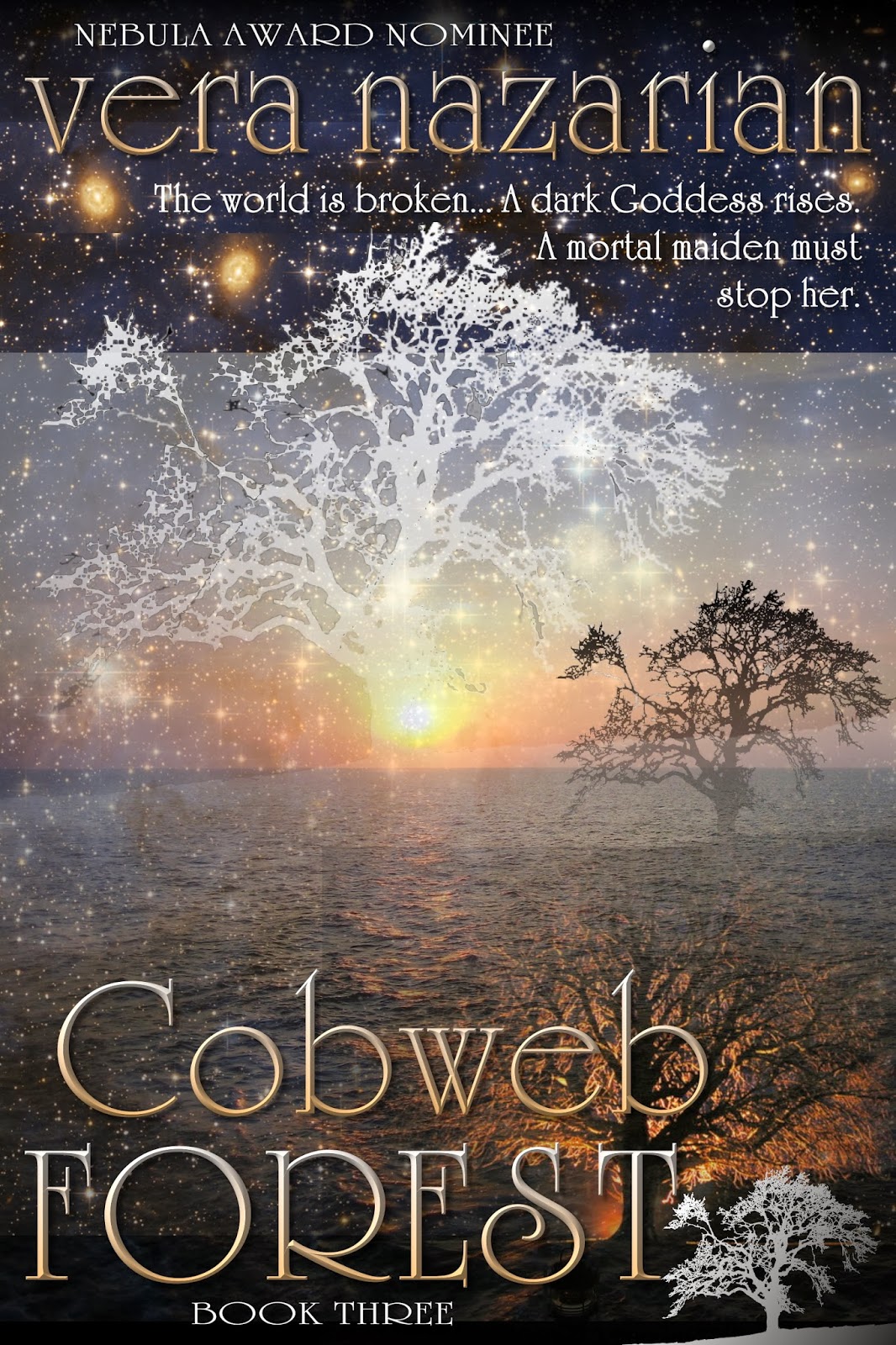 COBWEB FOREST (Cobweb Bride Trilogy, Book Three) is the third and final book of the intricate epic fantasy flavored by Renaissance history and the romantic myth of Persephone, about death's ultimatum to the world.

Percy Ayren, ordinary girl from the small village of Oarclaven, and now Death's Champion, has delivered the Cobweb Bride to Lord Death--or so she thinks!

But nothing is ever as easy as it seems. Percy and Beltain Chidair, the valiant and honorable Black Knight, discover that even more is at stake than anyone could have imagined, when ancient gods enter the fray.

It is now a season of winter darkness. Gods rise and walk the earth in unrelieved desire, and the Longest Night is without end...

Meanwhile, landmarks continue to disappear throughout the realm. The cruel Sovereign's dead armies of the Trovadii clad in the colors of pomegranate and blood march north... As the mad Duke Hoarfrost continues to lay siege to the city of Letheburg, it is up to Claere Liguon, the Emperor's dead daughter and the passionate Vlau Fiomarre who killed her, to take a stand against the enemy.

But Percy still has a difficult task to do, the greatest task of all... For in the end the Cobweb Bride awaits, together with the final answer.

At last all the occult mysteries are revealed in this stunning conclusion to the Cobweb Bride trilogy.

Is your book in print, ebook or both?