For the last week of Pride Month, here are a few LGBTQIA authors to support. I know some of them; others I've met at conventions. Many of these were mentioned a few years ago in my SF Authors A-Z series. To keep this short, I'm just going to post Amazon links. (Sorry, Alex; I know you like Apple! I'm not sure if some of the indie authors have wide distribution.)

Mary Anne Mohanraj--Her work ranges from science fiction to erotica to short story collections. She also ran a Kickstarter for a Sri Lankan recipe book, but that's not yet published.

Catherine Lundoff--I'm still waiting for a sequel to her book Silver Moon, but she also has three short story collections available.

April Daniels--I enjoyed her duology about a transgender teen superheroine.

Ellen Kushner--Best known for her stories of Riverside.

Delia Sherman--Ellen's wife and author of Through a Brazen Mirror and several other books.

Nicola Griffith and Kelly Eskridge are another married pair of authors.


I'm sure there are many more authors I could list, but I have to end my post here. Are there more LBGTQIA authors you would recommend? If so, please share in the comments.

LBGTQIA Characters in My Writing

As an author, I believe a diverse group of characters, if written with empathy and knowledge, can enrich a story. Diverse characters bring different perspectives, goals, and values to the story, leading to conflict and/or collaboration. That said, it's important when writing someone who's different from you to treat them as a three-dimensional human being, not a stereotype or a trope to serve the main characters. Writing the Other is a lifelong project. I've learned a lot about creating characters with a different gender or sexual orientation than mine.

In both of my main series (Catalyst Chronicles and The Season Avatars) there are secondary characters whom I originally envisioned as straight (even giving them partners) but later revealed to me that they have crushes on the same-sex main character. (I don't want to name them in case of spoilers, but one character has lesbian moms and the other a gay son. Refer to Twinned Universes and Chaos Season.) I have a couple of different ways to give the bisexual characters a Happily Ever After; I just have to get the stories written.

The religion of Challen in The Season Avatars gives me plenty of opportunities to explore gender. The people of Challen reincarnate after each life, and they often switch genders between lives. (The exception is the Fall Avatar, who is always female.) Most Challens don't remember their past lives, but they have a slightly higher chance of not being heterosexual or cisgender than people from other countries in their world. Fortunately, the Four Gods and Goddesses of Challen provide a socially acceptable alternative to traditional marriage. People who don't want to marry someone of the opposite sex and raise a family can pledge themselves to either the God of Summer or the Goddess of Fall. (My short story "Rob's Choice" is about a pledging.) These people are commonly known as Summersmen or Fallswomen. Some of them may devote themselves to a business or creative calling, but many of them become layservants for the Four. They may be healers, archivists, assistants to the Season Avatars, or other types of respectable roles. I expect to include more of these characters in the still-unnamed spinoff series.

I have future stories planned that include genderfluid and transgender characters. These types of characters require more research on my part to portray them accurately and compassionately, even though they're not in our world.

I plan to finish off Pride Month by highlighting some LBGTQIA authors I know. Come back next week for some good recommendations! 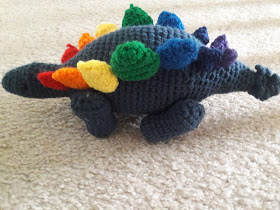 With this being LGBTQIA Pride Month, I thought it would be a good time to discuss some of the books I've read that feature gay, lesbian, or other nonheteronormative characters. I'll also talk about my own characters in other posts this month. 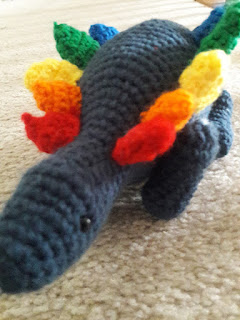 The first book I read that featured a lesbian character was Gail Baudino's Gossamer Axe, which is about a harper's quest to free her lover from the fairy realm with her music. It was originally published in 1990 (which seems very long ago now, doesn't it?), and it made quite a sympathetic impression on me at the time. I still have my paperback, though I haven't reread it.

Another series I read long ago that includes gay/lesbian characters is the Heralds of Valdemar series by Mercedes Lackey, particularly the Last Herald-Mage Trilogy (Magic's Pawn, Magic's Promise, and Magic's Price.) The characters in these books are a bit stereotypical and ultimately suffer tragic fates. I haven't reread these in a long time, but they would probably feel more dated to me than Gossamer Axe.

There's no way I can list all the other books I've read that include gay, lesbian, bi, or transgender characters. There are some that emphasize romance/sex, while some of the more recent books I've read (such as The Raven Tower and Famous Men Who Never Lived) treat being transgender or lesbian as an almost ordinary way to describe a character. Gail Carriger's books feature a diverse cast. Swordspoint by Ellen Kushner also deserves mention, as does Dreadnought and Sovereign.

Do you have any favorite books featuring gay/lesbian/bi/transgender/other characters? How do you feel their sexual orientation is handled? Feel free to share your thoughts in the comments.
Posted by Sandra Ulbrich Almazan at 12:00 AM 1 comment:

This is my son's last day of school, so in some ways it's the unofficial start of summer for us. Just as the first Wednesday of June is the last day of school, it's also one of the days for the Insecure Writer's Support Group. You can learn more about them on their website, Facebook page, or Twitter. June's co-hosts are Diane Burton, Kim Lajevardi, Sylvia Ney, Sarah Foster, Jennifer Hawes, and Madeline Mora-Summonte.

Our question for June is simple and straightforward: Of all the genres you read and write, which is your favorite to write in and why?

I analyze the books I've read twice a year, and each time I've done so, fantasy has always come out on top. (After that, it's usually science fiction, mystery, classic literature, and perhaps a couple of mainstream fiction books.) It's probably no surprise that fantasy is also my favorite genre to write. It's flexible; I've used it in many different settings, such as Shakespeare plays, Greek myths, modern-day Madison, and a made-up world similar to Victorian England. It allows me to make up my own worlds and run them the way I want. And, of course, magic is simply fun, and it can inspire wonder in a way most other genres can't.

What's your favorite genre to write? Feel free to share in the comments, or if you're also discussing this question for the IWSG, you can also post a link to your blog.
Posted by Sandra Ulbrich Almazan at 12:00 AM 4 comments: