Sometimes no matter how often you do something, there's still new things to learn about it. For instance, yesterday my family and I went to the Museum of Science and Industry. We're members, so we visit about two or three times a year. Whenever we go, we usually check out certain key exhibits, such as the U-505 submarine and the Coal Mine. I've lost track of how many times I've seen the U-505; in fact, I remember seeing it with my dad when I was a girl and the submarine was still outside. Although the basic story remains the same each time, every tour guide provides different details. Yesterday, the tour guide told us that the sub sank only eight merchant ships during its career, which was much lower than other German submarines. I asked the guide why this was, and apparently French saboteurs tinkered with the sub while she was in port so that she would break down quickly, shortening her patrols. In fact, this poor performance may have contributed to the suicide of one of the submarine's commanders in the control room--and I've never heard any tour guide talk about that. (That might be because it happened well before the sub's capture--or perhaps the guides don't want to discuss it in front of kids.)

Have you learned anything new about something you thought you already knew well? Feel free to share your story in the comments section.
Posted by Sandra Ulbrich Almazan at 12:00 AM 3 comments:

Email ThisBlogThis!Share to TwitterShare to FacebookShare to Pinterest
Labels: museums

NASA InSight lander to get first look at "heart" of Mars

Three Strikes and You're DNF (Did Not Finish)

If I get far enough in a so-so book, I'll often force myself to finish it for the sake of completing my annual Goodreads Reading Challenge. However, if a book is bad enough in the beginning, it goes in the Did Not Finish pile (though I remove unfinished books from my Goodreads collection). Here are three reasons why I recently set a book aside:

1. Cliched characters.
2. Poor handling of POV--The viewpoint character didn't just see other characters' body language but also knew the mixed feelings that created them.
3. Plot holes--This particular book was a cozy mystery. Even though the POV character had just arrived in a small village, well after a murder had been committed and with documentation to prove she'd been traveling, the local police still suspected her of the crime, and it was strongly suggested that they would be able to convict her. No one suggests she hire a lawyer, so naturally, even though other characters tell the protagonist to do nothing, she decides to investigate the crime herself. I don't see many cozy mysteries that mention lawyers, and there obviously needs to be a reason why the main character becomes the detective. I just couldn't suspend my disbelief in this case.

I should point out that almost all the reviews for this book on Amazon and Goodreads are positive. Several reviewers mentioned that they liked a snarky side character, so perhaps he kept them reading.

What makes you set a book aside? Feel free to share your thoughts in the comments.
Posted by Sandra Ulbrich Almazan at 12:00 AM No comments:

Today is not only the anniversary of William Shakespeare's death, but also World Book Day. My husband can confirm that every day is Book Day for me. It's a happy coincidence that I'd planned to announce the start of my annual birthday sale today. My birthday is this Saturday, so from now through next Monday (April 30th), Twinned Universes, Scattered Seasons, Chaos Season, Fifth Season, and Summon the Seasons are only $0.99 each. The Season Avatars Complete Box Set is also on sale for $4.99 (as opposed to the normal price of $9.99). Take advantage of this offer while you can, and I hope you enjoy the books! 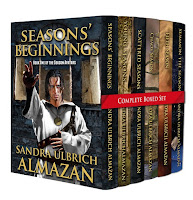 Here are some of the most interesting science news stories I read this week:

The end of the breathalyzer?

What makes someone believe or reject science?

All of the world's yeast probably originated in China

Surviving climate change, then and now 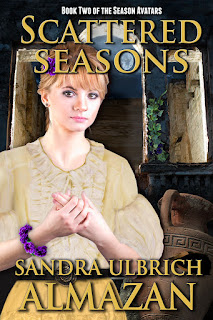 One of the ways I've been promoting Scattered Seasons is by giving it away on Instafreebie. Currently, it's part of the Fierce Hearts: Women of Sci-Fi and Fantasy Group Giveaway. This event runs through the end of the month and features over 130 free books. Even if you already have my book, check out all the other ones available! You just might find a new favorite book or author. 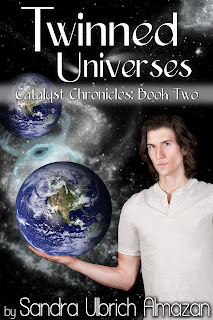 As a writer, I think about plots and plot twists when I'm reading other people's work. It's a bit of a challenge to guess the plot twist before the big reveal. However, the story can feel too predictable if the plot twist is exactly what I thought it would be, and of course it's not fun if you're completely wrong. Perhaps the happy medium is getting the plot twist right but realizing there's more to it than you first assumed.

Writing satisfying plot twists is also a challenge. They need to be the right kind of twist, deepening the story. Darth Vader's big reveal at the end of The Empire Strikes Back wouldn't have meant much if he had turned out to be Han Solo's father, since Luke and the audience had no emotional connection to Solo Senior. (Perhaps he'll show up in next month's movie.) Since Luke's goal was following in his father's footsteps, finding out his father was his nemesis was much more dramatic. Twists also have to arise organically from what previously happened in the story. It's not satisfying if they come out of nowhere, and that doesn't play fair with the reader either. There ought to be clues embedded in the story. Fortunately, if they're not in the first draft, they can be seeded in later.

One of my favorite plot twists that I wrote occurs in Twinned Universes (though I can't obviously reveal what it is). What's your favorite plot twist, either one you wrote or one you read? Feel free to share in the comments.
Posted by Sandra Ulbrich Almazan at 12:00 AM 2 comments:

Bacteria can pass on memory to descendants, UCLA-led team discovers

Lessons from lemurs: to make friends, show off your smarts
(Too bad it doesn't always work as well for people)

Start of most sensitive search yet for dark matter axion

A cosmic gorilla effect could blind the detection of aliens

The raw power of human motion

Hobbies can be a good break from writing, and they can also generate ideas for stories. However, they can compete for scarce writing time. I'm experiencing this with my crocheting. I enjoy doing it, and people seem to like the Star Wars characters I create. On the other hand, I'm making less progress with my stories because I'm crocheting. For instance, when we drive somewhere, I take my crocheting along instead of my netbook. I'm actually thinking of selling some of my amigurumi characters at a craft fair or bazaar at some point, so I need to build up inventory for that. (I'd also bring books to sell.) But the faster I crochet, the slower my writing goes.

What do you think is the ideal ratio of hobby time to writing time? Any tips on keeping them in balance or for participating in a local craft fair? Feel free to share your thoughts in the comments.
Posted by Sandra Ulbrich Almazan at 12:00 AM 5 comments: 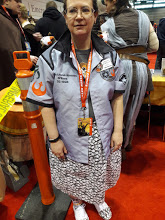 1. Spent wayyyy too much money.
2. Sold Star Wars amigurumi (though unfortunately I can spend money much faster than I can crochet Porg.)
3. Helped my husband win a whopping $0.56 on HQ Trivia.
4. Showed off my status as "Mother of Porgs." I actually had two of them safety pinned to my shoulders.
5. Hunted droids until I dropped.
6. Saw local and out-of-state friends.
7. Reunited with a high school friend.
9. Became Empress of the Galaxy--for a moment.
10. Fulfilled every Jawa's dream of catching K2SO and Chopper. 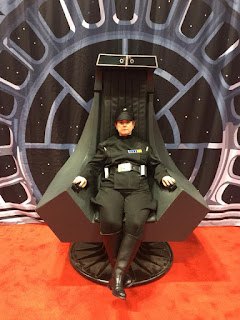 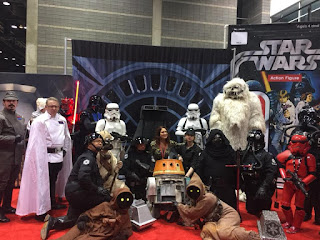 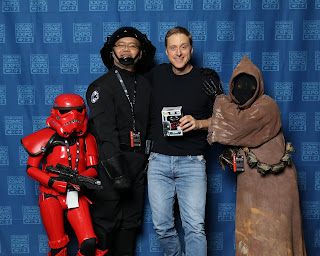 Here are some of the most interesting science news stories I read this week:

New study finds world's largest desert, the Sahara, has grown by 10% since 1920

Is there life adrift in the clouds of Venus?

Have a good weekend! My family and I will be attending C2E2. I'm not sure if I'll have a chance to write a blog post by Monday, so my post on the convention may be delayed. We'll see how long it takes me to catch K-2SO....


Posted by Sandra Ulbrich Almazan at 12:00 AM 2 comments:

A new month means another post for the Insecure Writer's Support Group. If you're not already familiar with this group, you can find out more about them on their website, Facebook group, or Twitter feed. This month, our hosts are Olga Godim, Chemist Ken, Renee Scattergood, and Tamara Narayan.

Here's our question for April: When your writing life is a bit cloudy or filled with rain, what do you do to dig down and keep on writing?

I've been writing for over twenty years now, and yes, I've experienced plenty of clouds and rain in that time. Here are some of the things that have kept me going over the long hall:

What about you? What keeps you going when the writing isn't? Feel free to share in the comments.

Email ThisBlogThis!Share to TwitterShare to FacebookShare to Pinterest
Labels: IWSG

The Owl and the Spider's Son Now Available! 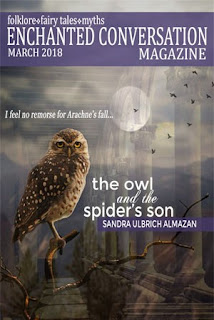 For all of those participating in the A-Z Blogging Challenge this year, I wish you the best of luck! I was planning on joining the challenge again, but with all the writing and crafting projects I'm already working on, I decided blogging six days a week was too much this year. Maybe next year, if I start preparing posts sooner, I'll participate.

Anyway, I do have some exciting news today. My short story, "The Owl and the Spider's Son," was published yesterday by Enchanted Conversation Magazine as part of their Animal Tales issue. Here's the direct link. The story is about the weaving contest between the goddess Athena and Arachne, told from Athena's owl's point of view. I hope you enjoy it! Don't forget to read the other stories as well.
Posted by Sandra Ulbrich Almazan at 12:00 AM 3 comments: