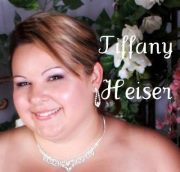 At least we have something to look forward to on Mondays--a Blog Ring of Power interview! Today I'm interviewing Tiffany Heiser. You can find Part One here on Emily's blog; Parts Three, Four, and Five will be posted later this week on Dean's, Terri's, and Teresa's blogs respectively. Today we're discussing Tiffany's writing process.


What is your writing process? Do you follow a regular routine? Do you use pen and paper or computer? Work at home or at the library/Starbucks, etc. - Once an idea comes to me my notebook obsession becomes worse and there is one in every room. I will put it all on computer but certain times  passages come to mind and they go down on paper. I will have scratch paper everywhere with thoughts and ideas. I initially just write and don't try to edit the first go round. I have a hard time writing at home unless I am alone with music playing then I can write for hours, otherwise I tend to write at my other job at slow times and at lunch or like to go to Starbucks and sit with a cup of coffee and my music.

What has been the most surprising reaction to something you've written? - I think the most surprising reaction I've gotten was for Bonded when my Grandma called me to let me know she'd stayed up all day and night reading it. She called to tell me she loved it and that I better get book 2 out soon or she was going to have a heart attack. That made me smile and gave a push to write faster. It was a great feeling especially knowing that she isn't a big reader.

What is the strongest criticism you've ever received as an author? The best compliment? - The strongest criticism I received was that Rena, my main character, had no personality. That she was coming across stupid and weak. That was tough to hear, because that was the complete opposite from what I wanted her to be. I think in the end I changed that for her.
-The best compliment...well that would have to be when my book gets compared to Twilight in a good way. That I could or will be the next Stephenie Meyer, that makes and when people tell me they couldn't put it down.

Other than your family, what has been your greatest source of support? - I have met some great people throughout the whole process and I can't give enough thanks to the group of people on Agent Query Connect. They helped me out so much, and with them I made some great critique partners and long time friends.

How do you deal with rejection and/or negative reviews?- Although hearing anything negative about something you have been working on for years, (my baby is what I call it), but it can also be helpful. Certain comments made make you see a bigger picture and really look into what you've written. And others you just have to shrug it off and continue on, keeping in mind that it is something you love and that some people might not get into your writing. 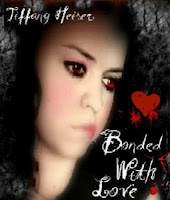 Never in a trillion years did Rena really think vampires existed...or that she had enemies among them.

Beginning of senior year, and Rena Vesten is hoping for something incredible to happen. She never expected that the dark-haired, blue-eyed man of her dreams-literally-to suddenly appear as the new student at school.

The gorgeous mystery guy, Cryder, has more secrets than his inexplicable presence in her dreams. Soon Rena's world takes a turn into the supernatural when she finds out Cryder is a vampire king with a deadly rebellion on his hands, and a destiny irrevocably tied to Rena's... 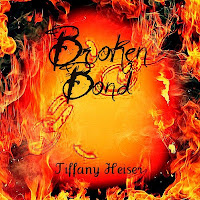 Vampires live a long life and it can appear to be perfect to those who don't have the option for immortality, but when your sanity and place in society is dependent on the one you love- the thought of eternity can be excruciating.

When Bristol finds his true blood-mate at an early age, the girl who knows him to the deepest part of his soul- everything seems perfect. He pictures a future of only the two of them with no rules or limitations, but one terrifying night all of those dreams are stolen from him.

What happens to a vampire when it goes insane?
Posted by Sandra Ulbrich Almazan at 12:00 AM