Today on the Blog Ring of Power we have Ripley Patton, author of Ghost Hand and Ghost Hold. She's currently running a Kickstarter to help her publish the third book in the series, Ghost Heart, and you can check it out HERE. This is the first part of her interview; you can find the rest of it at the following links: 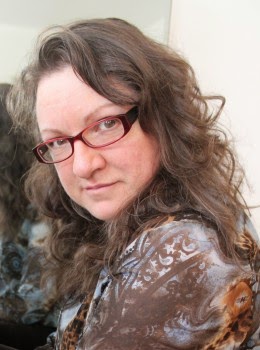 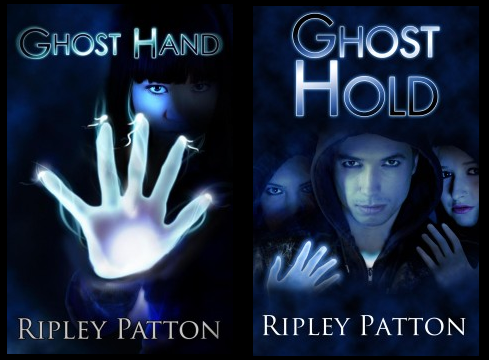 I started writing for publication in 2005, mostly short stories, and sold my first story that year. I loved the way short story writing allowed me to experiment with genre, form, craft, and style, all without the huge commitment of a novel-length work. It was my literary playground and I romped happily in it for five years, publishing over 25 stories in online and print magazines and anthologies. I even won a Sir Julius Vogel Award for Best Short Story 2009. But ultimately, I wanted to make a living at writing, so I decided to turn my attention to longer works of fiction. I've been writing novels now for four years and I love it.

Tell us about your early works—what was the first thing you ever wrote?

I wrote my first poem when I was thirteen. It was titled "When She Dies, She Flies," and was one way I processed the death of my mother to terminal cancer. I still have it on the original yellowed paper in my swirly teen handwriting. I wrote a lot of poetry as a teenager and that was when I learned that writing makes meaning. It creates order out of chaos and beauty out of pain. Now, I understand that poetry is the gateway drug to other writing. Almost every writer I know started as a poet and it escalated from there.

I remember the exact moment I decided to BE a writer, to call myself that and not let anyone call me anything else. I was walking in the woods at my parent's house beside my older brother. And I just suddenly realized I was going to do it, so I told him. "I've decided to be a writer. I'm not going back to that other thing that makes me money." And he said something doubtful, but I don't even remember what he said, because it didn't matter. I wasn't telling him. I was telling me.

My short stories vary in genre from sci-fi, to fantasy, to literary. However, my fiction series, The PSS Chronicles, is young adult paranormal fiction. One reason I write YA is because I love to read it. I love its unassuming voice, its sense of humor, its innocence and energy and fearlessness to tackle current issues. I think because I started writing at thirteen, that is how old my writer self is and she really likes those stories about people her age.

I tend to write about death, fear, and loss. These are all things I experienced at a young age, as I think many young people do, and grappling with them in the fictional realm helped me grapple with them in the real world. I've heard people complain that YA has gotten dark, and that is a bad thing. But I think YA has always had its dark side. Crossing over from childhood to adulthood isn't easy. In fact, it's damn hard. And our young people are dealing with darker stuff than my generation had to. Why wouldn't we write that into our stories and give them a safe place to wrestle their demons?

GHOST HAND: Seventeen-year-old Olivia Black has a rare birth defect known as Psyche Sans Soma, or PSS. Instead of a right hand made of flesh and blood, she was born with a hand made of ethereal energy.

How does Olivia handle being the girl with the ghost hand? Well, she’s a little bit morbid and a whole lot snarky.
Her mother thinks her obsession with death, black clothing, and the local cemetery is a bid for attention. But when Marcus, the new guy in Olivia’s calculus class, stares at her like she’s a freak, Olivia doesn’t like it. And when her hand goes rogue, doing things she never imagined possible, Olivia finds herself running for her life with Marcus from a group of men bent on taking the power of her hand for their own nefarious purposes.

GHOST HOLD: Olivia Black is back.
Only this time she’s not the one in need of rescue.
Samantha James, rich, popular, and an award-winning composer at age seventeen, is the next target on the CAMFers’ list. In order to convince Samantha to come with them, Olivia and Passion must pose as cousins, blend into the most affluent high school in Indianapolis, and infiltrate a mysterious cult known as The Hold.
Olivia doesn’t expect it to be easy, even with the PSS guys backing them up. But what she discovers over the course of the mission will call into question everything she ever believed about herself, her family, and especially about Marcus, the guy she is undoubtedly falling in love with.
You can find Ripley at the following links:

You did well with the short stories. Combine that with novels and you can make a living at it.