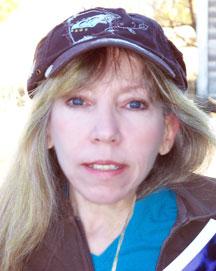 I hope you're enjoying your long weekend, everyone! Thanks for stopping by today. My guest today is Sally Franklin Christie, and she's going to tell us about her current work, Milk Carton People. You can find the previous parts of her interview on Terri's, Theresa's, and Emily's blogs; Dean will host the conclusion tomorrow.

Milk Carton People released in February 2012.  It is available at most of your favorite e-bookstores and it is also available in paperback.  I am excited because I have had it around in one form or another for probably a decade.  From other authors and marketers I have heard that the best way to sell a book is to write another.  I hope this book will sell my first book, If I Should Die.  They are both thrillers of sorts.  Both books have main characters who overcome things from within and without.  Both show us a bit about the world of a protagonist and how things are not black and white on the meaningful scale of right and wrong.  It is perspective and perception.

The Main Characters in Milk Carton People have gone missing from their own lives.  They are a part of the world and at the same time apart from the world.  They can experience things and see each other but their interaction with the rest of humanity is cut off.  It has a lot to do with a person’s reaction to being plucked out of an ordinary day and plunked down in the middle of a world that simply doesn’t make since.

I had to do a lot of world building.  These folks had new rules of physics to learn.  They could pass through walls but couldn’t open doors.  None of their co-workers or families could see them.  They could make things in one world solid in their own but again there had to be rules about how it could be done.  Some things couldn’t be done at all.  For example, they can access bread and a toaster if they take their time but they cannot make toast because the laws of energy do not cross over for them.

My favorite part of the book is where the Main Character, Ruth, finally understands anger and comes to terms with it.  She understood fear and longing but until the end there were parts of being human that she didn’t own up to.  It was through the antagonist’s fears that she made the connection.

I learned cause and effect.  I also learned how serious world building can be.  I researched the history of Milk Carton People and delved into the world of missing people. 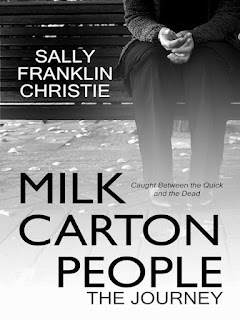 Amanda Kelsey at Eternal Press made this cover.  I explained that the book begins and ends with the Main Character sitting on a park bench.  She got it.  She nailed it.  Most recently, I asked Kim at Blazing Trailers to make a trailer for the book.  She nailed it, too.  If two people can see what I saw after learning what the book is about then I feel like I nailed it as well.  Amanda Kelsey also did the cover for If I Should Die and Blazing Trailers made the trailer for that one as well.


You can find Sally online through the links below: