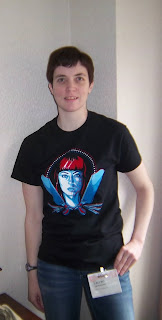 Today I have with me Lauren Jankowski, a Broad Universe member I met at WisCon in May. Let's get to know Lauren better:

For as long as I can remember, I’ve been a storyteller.  From a young age, I would pick out things from my surroundings and make up stories about it (I remember making up stories about the personalities of different trees).  When I learned how to write, I just never stopped.  I began to write seriously during my high school years, which is probably more than ten years now. 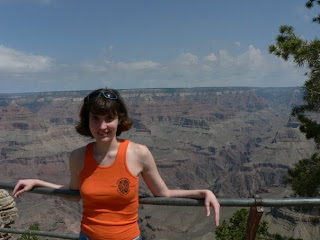 Growing up, I never understood people.  I was a very awkward individual during my school years and had very few friends.  I much preferred to lose myself in a book.  As I grew up, writing became a way to chase away loneliness and stress.  I would lose myself in daydreams, which I would then write down. 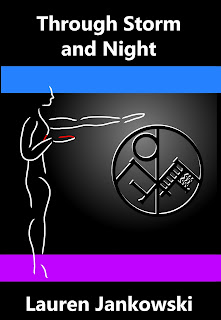 I think some part of me has always been a feminist and I began to identify as such probably in middle school.  In elementary school, many of my teachers would read stories to the class and the female characters in the stories were so incredibly dull.  They always seemed to be moaning about the most boring things and were gender stereotypes.  The boys got to have all the adventures and go off on the quests.  I used to listen to these stories and in my head, switch the genders of the characters so that I could identify with one.  My life was forever changed when, in fifth grade, the teacher read a story by Lloyd Alexander: The Book of Three.  It was a fantasy novel about a quest, the kind of story I loved.  But what I found so incredible, what has stuck with me even today, is the character of Eilonwy.  Here was a young girl on a quest with the guys and she was just as smart, just as brave, and just as active as the boys.  She was my first heroine and it inspired me to try my hand at writing stories about strong women.

As I grew older and read more books, I found a disheartening lack of strong women in the fantasy stories I loved so much.  There were also few (if any) adoptees and the ones that I found were woefully inaccurate portrayals of the adoptee experience.  I found more adoptees in Classical myths.  So I decided to write my own series that would center on strong women (a couple of whom were adoptees).


Tell us about your early works—what was the first thing you ever wrote?

Obviously, most little kids write weird nonsensical stories, so I suppose that would be the first thing I ever wrote.  Then came essays and school papers, which I often struggled with.  I find it difficult to write non-fiction.  I’ve always been a fiction girl.

My first novel, which came to be a rough draft of my novel Sere from the Green, was written in my junior year of high school.  I wrote about seven “novels” between my junior and senior years.  I put novels in quotes because they are dreadful.  I was an undisciplined writer and it is painfully obvious.  They are about 90% dialogue.  The technical aspects like grammar and sentence structure are non-existent.  However, I did have a vivid imagination, and so the story idea is fairly workable (I’ve come to see some parts of what I wrote back then as a kind of outline).

I first considered myself a professional writer about seven years ago.  Books had consumed my life and I spent every waking hour either writing or querying.   I was working twice as hard as most writers, but I wasn’t getting paid for it.  Throughout my college years, I was juggling three different writing styles: school papers, freelance work, and my novels.  I never had a spare moment, I was always writing something.  Even during the summertime, I was up all hours of the night working.  As awful as it sounds, I didn’t even bother trying to have social life.

Earlier I mentioned Lloyd Alexander.  His series “The Chronicles of Prydain” changed my life by introducing me to the idea that girls didn’t have to just sit around waiting for a prince.  They were allowed to be just adventurous and daring as their male counterparts.  Alexander also ignited my love of fantasy, which led me to Tolkien and his Middle Earth.  From Tolkien, I learned that writers could create their own mythologies (even their own worlds).

When I became more dedicated to feminism, of course I noticed the absence of women in genre writing.  So I went looking for genre authors that were women and found a ton (some of which are still on my bookshelves waiting to be read).  I think “The Handmaid’s Tale” was my first taste of dystopic themes.  That book scared the hell out of me because I could see the attitudes in the book in my daily experience (namely powerful men seeing women as little more than baby factories).  I’ve always found it remarkable how relevant that book remains even today.

I also fell in love with Angela Carter’s work, which is so darkly beautiful and moving.  Carter’s words are so vivid that I can almost physically see the pictures she paints.  She is fearless in her telling of stories through a feminine lens, which is something I greatly admire.  We shouldn’t be afraid to tell the female experience, but sometimes it seems like women shy away from it.  I think it’s because women’s writing has historically been seen as less valid than men’s.  Also I think the feminine lens has been narrowly defined as “girly”, when in fact it is so much more complex.  Just like no two women are alike, no two experiences are alike either.

It has been a long time since I’ve read her work, but Ursula K. Le Guin had a great influence on me as a writer as well.  She was the first woman I read who wrote straight fantasy and scifi instead of this watered down fantasy/scifi/paranormal romance that most women seem to be relegated to.  As a young woman, that was a powerful message:  I could write whatever kind of genre I wanted and didn’t have to include romance simply because I happened to be a woman.

This is always a tricky question to answer.  I tend to get bored if I stick to one genre and so my novels have become a hodgepodge of genres.  The one genre I never tire of and the one that is most apparent is fantasy (specifically urban/contemporary fantasy with a few homages to myths).  I also like to include a little mystery, another genre I really enjoy.  Recently, I incorporated a strange mix of superhero and western in a novel.  I’m not sure if the current version is the one that will wind up in print (it still needs to undergo a couple rewrites and polishes before it’s ready for sale), but I found it entertaining how the genres meshed together.

I absolutely love to include feminism in my books.  Writing about strong empowered women is a passion of mine.  I also really, really love writing about the adoptee experience.  I hope that adoptees will read my books and find characters they can identify with it.  Because as an adoptee, I can attest that it is really damn hard to find a relatable adoptee in fiction.

One of the overarching themes in my novels is about identity.  What makes us who we are?  Are we products of our past or do we create who we are or both?  Do we have multiple identities?  I’ve always had an interest in anthropology and people fascinate me.

Blog: http://lifeandtimesofawriter.blogspot.com/
Facebook page: https://www.facebook.com/laurenm.jankowski
Goodreads author page: http://www.goodreads.com/author/show/7013537.Lauren_Jankowski
Twitter: @Lauren_Jankowsk
Amazon: http://www.amazon.com/Lauren-Jankowski/e/B00BZH9BX4/ref=sr_ntt_srch_lnk_1?qid=1373751102&sr=8-1
Other: Flickr: http://www.flickr.com/photos/lauren-j/
Is your book in print, ebook or both?
Both novels (Sere from the Green  and Through Storm and Night) will be available in print and ebook.

Unusual mix of genres, but sometimes those are the best books.