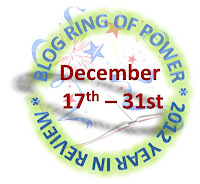 As 2012 comes to a close, we wanted to take a moment to reflect on some of the joys and triumphs of the year. To that end, we bring you the 2012 Blog Ring of Power in Review! We’ve teamed up with this years’ BRoP interviewees to bring you eleven days worth of “year in review” guest posts and ten fabulous giveaway prizes! Each day a new guest post will be shared and you’ll have another opportunity to enter the giveaway—so get hopping! And be sure to enter the giveaway at the end of this post! 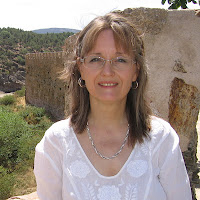 For the last few years, I’ve been bringing readers the Middle Ages in its own words. I’m translating a medieval Spanish novel of chivalry, Amadis of Gaul, a chapter at a time at the website http://amadisofgaul.blogspot.com.

It’s a long novel divided into four books. Since reading a novel on a blog can be tedious, in 2012 I published Book I in paperback and Kindle format, available here: http://www.amazon.com/dp/1466475714/

Book I is the oldest part, originally written in the early 1300s. It tells the story of Amadis’s childhood and first brave deeds that made him the greatest knight who ever lived. Now I’m translating Book II, in which he is rejected by his beloved princess and almost dies of sorrow before a damsel rescues him from his distress. He goes on to achieve greater fame than ever until ... well, no spoilers. Book II should be finished on the website in July 2013.

This novel became the Renaissance's first best-seller, and it set the standard for tales of chivalry, filled with adventure, magic, and love. It inspired a century of sequels and spinoffs, including Don Quixote de la Mancha by Miguel de Cervantes.

I’ve continued the tradition of fan fiction. In 2012, I published “Chapter XXVIII½: Amadis of Gaul and Zombies.” No work of classic literature is complete without zombies. You can read it at: http://amadisofgaul.blogspot.com.es/2012/05/chapter-xxviii-amadis-of-gaul-and.html

More seriously, I also wrote the story of an incidental character from Chapters 11 and 12. She’s a damsel who by chance accompanies Amadis’s brother as he defeats an evil giant, and as a result she faces her own test of wisdom and courage. That story, “The Giants of Galtares,” will appear in an upcoming issue of Beyond Ceaseless Skies ezine:
http://www.beneath-ceaseless-skies.com/

Whether you’re interested in a historic era as it perceived itself, or you want read one of the pillars of European literature, or you’re investigating original sources of sword and sorcery, or you’re looking for an unforgettable fantasy, you can find it in Amadis of Gaul. I’ll be bringing you more medieval excitement for a long time to come. This book drove Don Quixote mad. What will it do to you?


You can find the first part of Sue's BRoP interview here.

Sue Burke lives and writes in Madrid. Originally from Milwaukee, Wisconsin, much of her career was spent as a reporter and editor, covering everything from dog shows to politics to crime. She began writing fiction twenty years ago and have published short stories in various magazines and anthologies, as well as poetry and non-fiction. Her current project is a translation of the medieval fantasy story, Amadis of Gaul.


Where can your readers stalk you?

Is your book in print, ebook or both? Both!

AMADIS OF GAUL: In medieval times, troubadours and poets recounted tales of knights-errant. They fought evildoers and magical beings, and each knight served his lady in accordance with the rules of chivalric love. Amadis of Gaul is the most famous tale of chivalry from Spain. The novel, divided into four books, recounts the life of Amadis, the greatest knight in the world. This is Book I of the novel. It became the Renaissance’s best-selling literary phenomena. It went through 19 reprintings, was translated into 7 languages, and spawned 44 direct sequels, as well as fueling an entire genre, complete with fan fiction. Jousts were revived with theatrical pageantry, and “knights” came in the guise of their favorite characters. This is a new translation. It leaves nothing out, will carry you back in time to enjoy this transcendent, delightful adventure. It includes a preface, introduction, notes to chapters, and an appendix discussing the relationship between Amadis of Gaul and Don Quixote. Amadis of Gaul is one of the pillars of European fiction. It opens a window not only to a wondrous fictional world but to the real medieval world that produced it.


Our authors have generously donated a variety of fabulous prizes!

Entering is easy – just use the Rafflecopter below. Winners will be chosen from among eligible Rafflecopter entries (chosen by Rafflecopter) and receive a prize of our choice. We’ll do our best to give the print books to those that don’t have an e-reader, but we can’t make any guarantees, so please be aware when entering that you are most likely going to win an e-book.

Be sure to stop to check out each of the stops on the Year In Review – new chances to enter the giveaway each day!

Linky List of Stops
Linky Code
Posted by Sandra Ulbrich Almazan at 12:00 AM