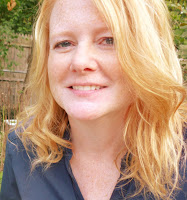 Today on the Blog Ring of Power, I'm interviewing Michelle Hauck about her current work.

Michelle Hauck lives in the bustling metropolis of Northern Indiana with her hubby and two teenagers. Two papillons help balance out the teenage drama. Besides working with special needs children by day, she writes all sorts of fantasy, giving her imagination free range. A book worm, she passes up the darker vices in favor of chocolate and looks for any excuse to reward herself. Bio finished? Time for a sweet snack. Her epic fantasy, Kindar’s Cure, is released from Divertir Publishing. A short story, Frost and Fog, will be released in a summer anthology from The Elephant’s Bookshelf Press.


You can find the rest of her interview here:

Kindar’s Cure is a story of a princess, shunned by her family and everyone else because she has a lung illness. Disease in this world means the gods find you unworthy. When her older sister is murdered, the blame goes straight at her. She sets off with a bumbling wizard to find a cure and nothing turns out as expected. It is available in paperback or e-book from Amazon and Barnes and Noble. You can also buy it from the Divertir website.

I would have to say that Kindar’s disease makes this different from the average epic fantasy. She has a lot of resentment because of her illness and it has made her a closed-off person.

The hardest part was forcing myself to finish it. I really didn’t want to let go of the characters and have it end.

My favorite part of Kindar’s Cure is my main character, Kindar. The most fun part was writing the secondary character of Kindar’s nurse. Lindy is a woman with very set ideas. She says what she thinks and that often comes out as comic relief. I hear over and over that Lindy is the favorite character.

Kind of like my main character, I learned that I could accomplish anything I set my mind to.

Honestly, the only thing I would change is to add back in two small scenes I removed to make it a stand-alone ending. I think those scenes deserve to be there, even if the ending is not a clean cut. I hope to put them up on my blog for anyone interested.

Is there a message in your novel that you want readers to grasp?

Believe in yourself. Don’t be afraid to take help.

The cover art was a long search. Divertir let me choose the picture, but it was difficult to find one that fit. I wanted a model that really represented my main character. It isn’t easy to find a sickly-looking short girl in a lonely setting. Finally, I found a picture that was Kindar. I shared it with my publisher and just when they got ready to create the cover, the photo was removed from the site. I panicked! My publisher suggested other pictures but those models weren’t Kindar. I did a web search and found the photo on another site. That was probably my happiest moment of the whole process when we got the photo I wanted.


Princess Kindar of Anost dreams of playing the hero and succeeding to her mother’s throne. But dreams are for fools. Reality involves two healthy sisters and a wasting disease of suffocating cough that’s killing her by inches. When her elder sister is murdered, the blame falls on Kindar, putting her head on the chopping block.

A novice wizard, Maladonis Bin, approaches with a vision—a cure in a barren land of volcanic fumes. As choices go, a charming bootlicker that trips over his own feet isn’t the best option, but beggars can’t be choosers. As Mal urges her toward a cure that will prove his visions, suddenly, an ally turns traitor, delivering Kindar to a rebel army, who have their own plans for a sickly princess.

With the killer poised to strike again, the rebels bearing down, and the country falling apart, she must weigh her personal hunt for a cure against saving her people.

Please let us know where your readers can stalk you:

What format is your book(s) available in (print, e-book, audio book, etc.)? paperback and e-book
Posted by Sandra Ulbrich Almazan at 12:00 AM

That's cool that your publisher let you choose the photo for you book cover.