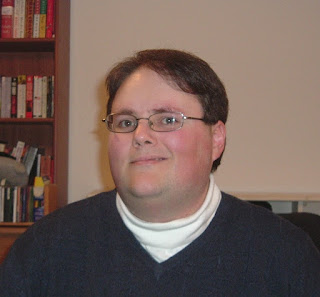 P.T. Dilloway has been following and commenting on my blog for quite a while, so I wanted to give him a chance to showcase his Scarlet Knight series. But first, let's get to know him a little better:

The first real creative writing I did was back in third grade.  We were supposed to keep a journal, but I couldn’t think of any interesting real world thoughts to put in there, so I began to write a serialized story that involved toys my brother and I played with.  I don’t think any of it survives today.

I really don’t consider myself a “professional” writer yet.  To do that you need to make enough money where writing is all you do.  Until I get a six-figure advance with a movie deal I’ll probably never be able to make writing a full-time career, just a lucrative hobby.

In elementary school the most influential books were probably the Prydain series by Lloyd Alexander, starting with The Book of Three.  I loved those so much I even tried to write a sequel one time!  Some kids started with Narnia or nowadays with Harry Potter, but I started with those Prydain books.  They really had everything you needed:  action, mystery, adventure, and even romance.

In high school it was more the works of Timothy Zahn, starting with his Star Wars novels, which were new in the early 90s.  Those were really some of the first “grown-up” type novels I’d read on my own.  Like the Prydain books, I think Zahn does a good job at blending elements together to make for a more well-rounded story.

After college I got into more literary novels, especially the books of John Irving.  The Cider House Rules and The World According to Garp especially had an effect on me.  I’ve read each one numerous times and have purchased multiple copies of them.


I don’t really stick to one genre.  I started out writing mostly sci-fi and then moved on to more literary fiction.  I’ve mixed in some other genres, including a series of YA books.  Lately I’ve done more urban fantasy and thrillers.  There are some genres I haven’t tried like a real hard-core romance or erotica or of course picture books since I can’t draw. 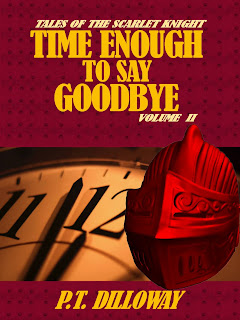 That’s hard to say.  I don’t really have a favorite genre.  I’m not sure about “themes” either because I know someone who had a very stringent definition for themes that I could probably never satisfy.  I do tend not to write about normal, mainstream people.  Most of my lead characters are the outsider types, who are isolated by a physical defect or psychological trauma or something else.  Pretty much any lead character in my books could spend quite a lot of money on therapy, but I think that’s what makes for more interesting characters.

If you couldn’t be an author, what would your ideal career be?

When I was little I wanted to be a shortstop for the Detroit Tigers, but sadly I think that time has passed.

Is your book in print, ebook or both?  My books Where You Belong and The Carnival Papers are available in print.  The rest are ebooks only for now.

P.T.'s interview continues this week on the following blogs:

One day, I'll get around to trying some Irving.

Thanks for interviewing me!

I enjoyed "A Hero's Journey" and I have this one too. Hope to get to it soon.

A Hero's Journey is in print now too. Great interview.