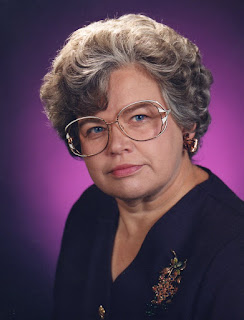 Today's BRoP interview is with Broad Universe member Catherine McLean. You can find the previous parts of her interview here:

You can probably guess that today I'm hosting Part 4, About Your Current Work. Let's go straight to the interview: 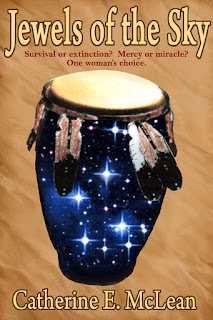 Tell us about your new book–what is it about–and when it is out?
Where can people purchase it?

I had two books published in 2012. The first was Karma and Mayhem,
which is about a warlock-lawman with two souls, an ex-peacekeeper woman
who is mayhem personified, and a caldron of witches, demons, angels, and
murder done to obtain invincibility. This paranormal-fantasy-romance was
released as an eBook by Soul Mate Publishing.
I like Tienan, the warlock-lawman-hero of the story. He's a stoic
personality who believes love is more frightening than death. Janay, the
heroine and ex-peacekeeper down on her luck, and who fights demons,
believes love is more powerful than death.
As to Jewels of the Sky, a fantasy/sci-fi adventure (no romance),
it was released as both an eBook and a paperback. It's available at
Amazon.com exclusively until late February, 2013. It's about Indians in
outer space and has a Mayan connection.

Is there anything new, unusual, or interesting about your book? How
is it different from other books on the same subject?

The unusual and interesting aspect is that in Karma and Mayhem,
Tienan is a Zantharian, a human hybrid who's birthright soul is a
"veed"—an energy symbiote that gives him extraordinary powers—seemingly
magical powers.
For Darq, the heroine of Jewels of the Sky, she's a Wysotti Indian,
an unpredictable starfighter pilot who always puts duty first. For what
Darq's ancestors did to the Mayan, god has cursed all Wysotti, and now
that curse is coming to fruition. But one voice entreats god to
reconsider the demise of the Wysotti at the hands of an alien fleet. God
decides to test Darq, who has many of her forefather's traits. And so
survival or extinction rests with one woman's choice—Darq's.

For both books, it was the opening. I have lost track of how many
times I rewrote both openings. The trouble with Karma and Mayhem's
opening was the prologue. I had to keep it as short as possible and
still get in the most vital information, which could not be foretold in
the book any other way because the revelation of who the second soul was
could not be revealed to Tienan until Chapter 22. But without that
opening information, the reader would be clueless why certain things
happened before Chapter 22.
For Jewels of the Sky, the original draft was written at a time
before I knew about hook openings and the power of POV-Viewpoint, so
hitting on a good balance of introducing Darq, the heroine, and her
Wysotti world proved challenging (okay, frustrating). However, the
morning I wrote the "painted toes" paragraph, the opening flowed.

For Karma and Mayhem, it was the kiss of comfort scene between
Janay and Tienan. This emotional scene takes place in Tienan's home
office where Janay reveals her terror of killing someone with a veed
because she cannot tell the difference between veeds and demons.
For Jewels of the Sky, it was the scene where Darq and Tokoray (a
Na-ka-ta, an automaton with artificial intelligence) confessed being
branded undesirables. After Darq explained how she was accused of
murdering Na-ka-tas and Tokoray explained how he had been branded a
pilot's jinx, Darq utters my all-time favorite line: "I won't murder you
if you don't jinx me."

If you had to do it all over again, would you change anything in this
book?

For both books: no. This is because using my project bible, I get
the characters and story plot ironed out long before I write the tale.
Secondly, by the time I go to write the story, I know the characters so
well that they stay true to themselves. And, lastly, despite reading the
manuscripts dozens of times during the editing and publication process,
the stories were never boring.

KARMA AND MAYHEM: Only as an eBook
JEWELS OF THE SKY: As an eBook and a paperback