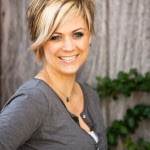 Welcome to Monday--and my first post in the Blog Ring of Power (also known as BRoP) progressive interview. This round, we're interviewing Cole Gibsen:

When Cole Gibsen isn't writing books for young adults, she can be found rocking out with her band, sewing crazy costumes for the fun of it, picking off her nail polish, or drinking milk straight from the jug--provided no one is looking. She debuts in March with two young adult novels--KATANA on March 8 from Flux and BREATHLESS by March 27 from Crescent Moon Press. 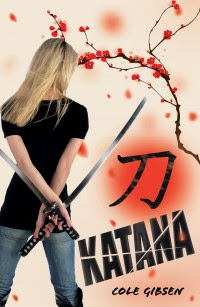 Bill meets Buffy in this supernatural samurai tale. Rileigh Martin would love to believe that adrenaline gave her the uncanny courage and strength to fend off three muggers. But it doesn't explain her dreams of fifteenth-century Japan, the incredible fighting skills she suddenly possesses, or the strange voice giving her battle tips and danger warnings. While worrying that she's going crazy (always a reputation ruiner), Rileigh gets a visit from Kim, a handsome martial arts instructor, who tells Rileigh she's harboring the spirit of a five-hundred-year-old samurai warrior. Relentlessly attacked by ninjas, Rileigh has no choice but to master the katana--a deadly Japanese sword that's also the key to her past. As the spirit grows stronger and her feelings for Kim intensify, Rileigh is torn between continuing as the girl she's always been and embracing the warrior inside her. 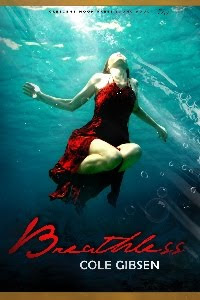 THLESS:In a world where death is an ever-present shadow and motives are as dark as the bottom of the ocean, Edith must decide if her life is worth risking for a love that can't survive past the shore. Obituary-reading emo girl Edith Small is broken - the end result of forcing herself inside a mold that doesn't fit. All she wants is to conform to her strict sergeant stepfather's rules long enough to make it to graduation day. But a boat accident threatens to unravel the life Edith has worked so hard to keep. After waking up in a hospital with a lacerated shoulder, Edith fakes amnesia. Because admitting she received her injuries from a blue-haired girl who breathes underwater is all the reason Sir needs to send Edith on the first bus to military school. Safe at home, Edith struggles to put the nightmare behind her. But the mysterious creatures that live in the ocean aren't about to let her forget. After meeting Bastin - a strange boy with silver hair and black eyes - on a secluded dock, Edith learns about the war raging undersea to end human existence. A war that Edith, unwittingly, has become the key to winning.

Where do you get your story ideas?
I have writer friends who get brand new ideas all the time. I really envy them because I’ve never been like that. I’m a one or two ideas-a-year kinda girl. And they usually hit me when I least expect them to—like when I’m driving.

Do you have a specific writing style?
I love quirky/snarky dialogue. Two of my biggest inspirations are Joss Whedon and Kevin Smith.

How do you deal with writer’s block?
There’s a fabulous writing program called Write or Die that penalizes you if you stop writing. I set that baby on “Kamikaze Mode” and go!

Do you use critique partners or beta readers? Why or why not?
I LOVE my crit partners. There’s no way I’d have made it as far as I have without them. A good crit partner can spot your crutches and shortcomings even after you’ve read your own manuscript enough times to make your eyes bleed.

Do you have anything specific that you want to say to your readers?
When I was a teenager, my home life was pretty rough. I was kicked out of my house at seventeen and even lived out of my VW Jetta for a little bit. Books were what got me through that time of my life. If my book can entertain someone enough that they temporarily forget about their problems, then I’ve accomplished what I set out to do.


To read the first two parts of the interview, please visit Theresa and Emily. Dean posts the next part tomorrow, and Terri will conclude the interview on Wednesday.