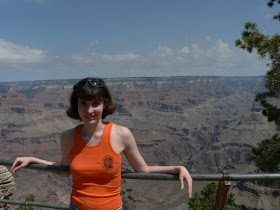 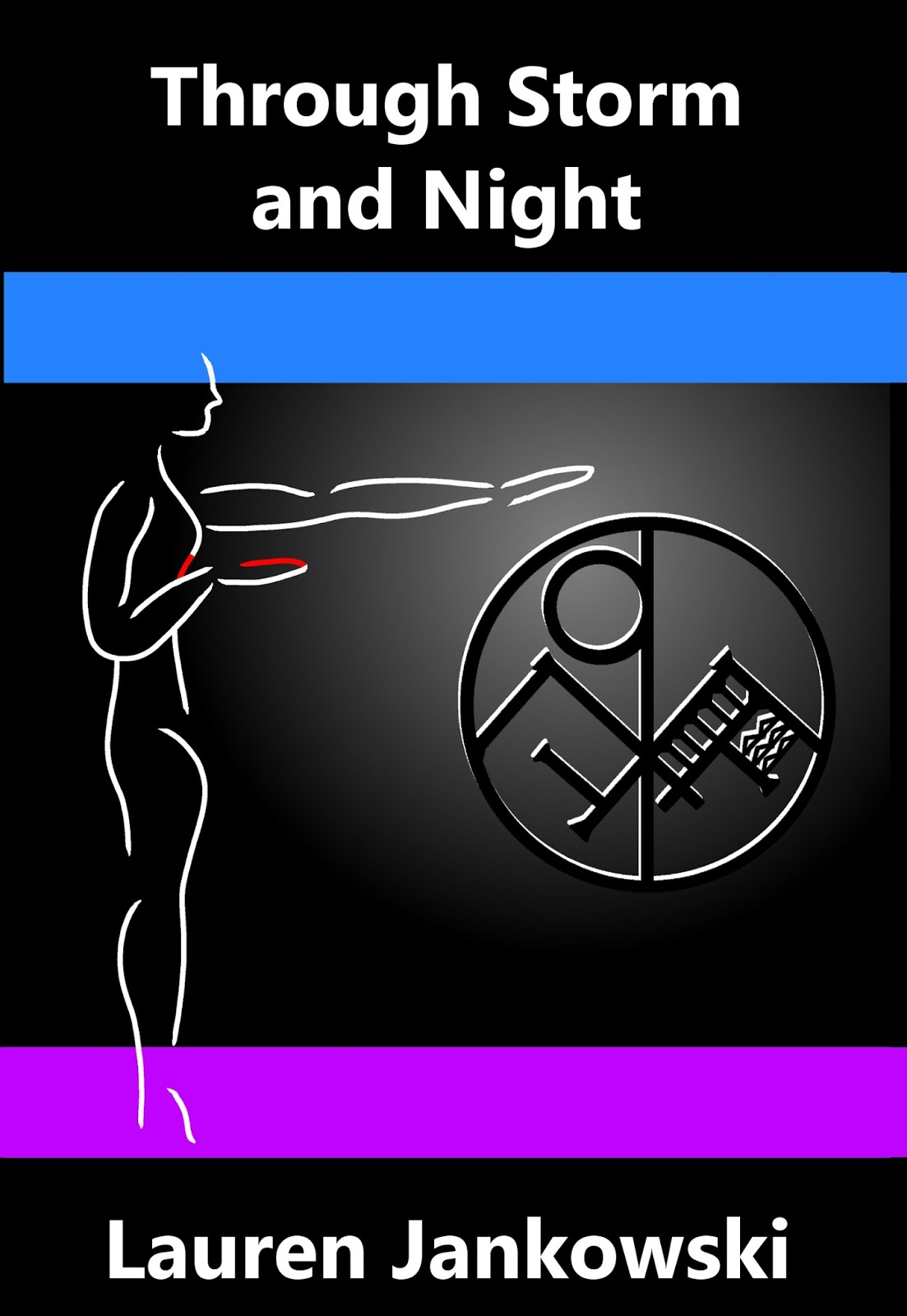 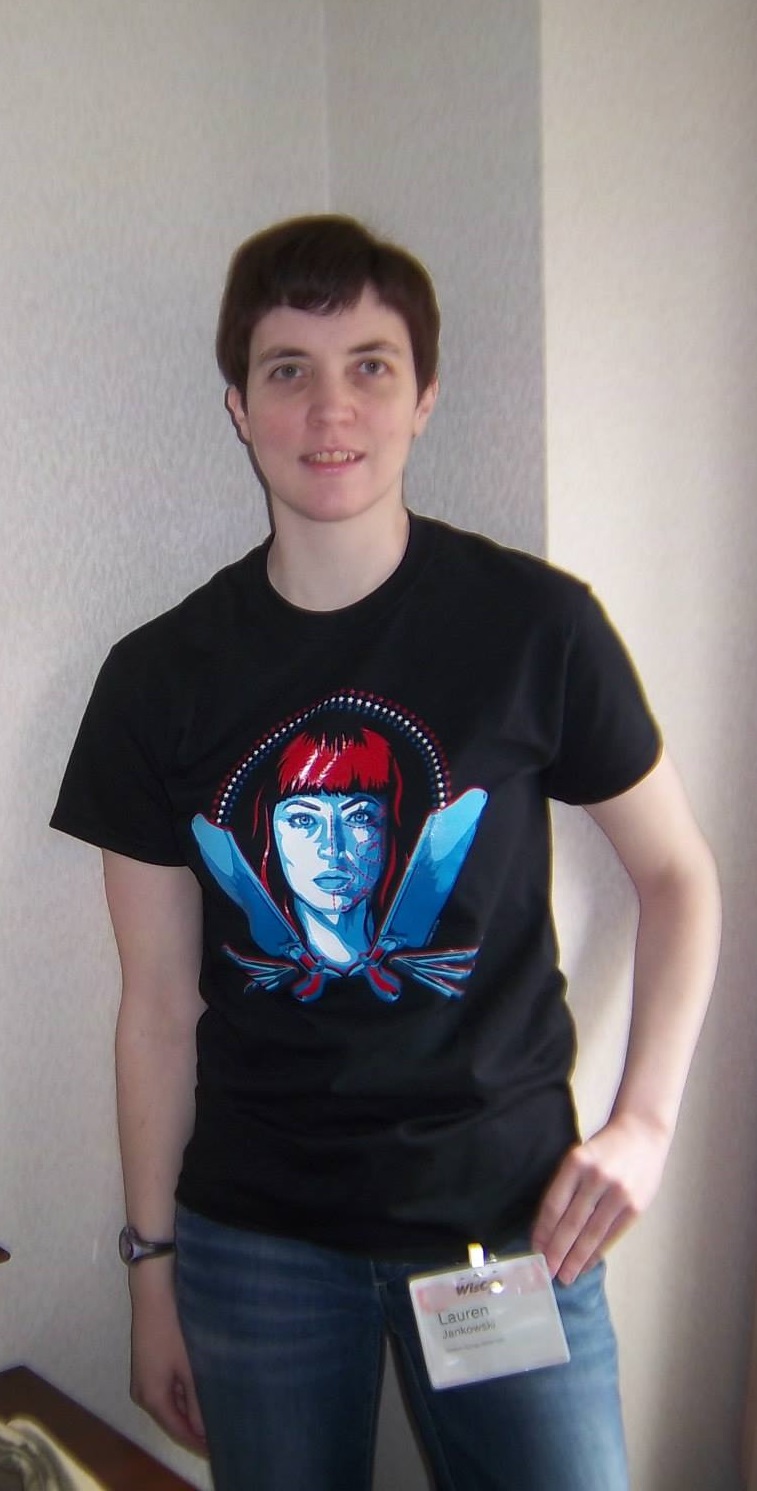 My name is Lauren Jankowski.  I’m an author, a feminist, and all-around genre enthusiast.  I’m a voracious reader (usually) and an even more passionate writer.

I also happen to be an aromantic asexual.

In the past few years, we’ve gradually seen an asexual movement take shape.  However, we still live very much in a monosexist society.  Sexuality is seen on a spectrum of gay or straight.  This often results in the erasure of asexual, bisexual, and pansexual experiences.  Asexuals make up an estimated 1% of the population.  Yet our narratives have either been ignored or interpreted through a (mostly) heterosexual lens.  Go on any article about asexuality and you’ll see a number of comments along the lines of, “Oh they’re just repressed”
“They’re just doing it for attention”

“NOBODY CARES WHO YOU’RE NOT SLEEPING WITH!”

Like most asexuals, I spent years feeling broken and freakish.  I had people I trusted implicitly try to “cure” me or “diagnose” my condition.  I even had a counselor claim asexuality was curable with anti-depressants and kept forcing the issue.  Despite the fact I had no symptoms of depression other than no sex drive.  Thankfully, I stopped seeing the counselor before she forced me to potentially screw up my brain chemistry.

I eventually stumbled across the term “asexual” and suddenly, I didn’t feel broken anymore.  There were people like me out there, lots of them.  Not only that, there was spectrum of asexuality.  I began learning a whole new vocabulary.  Being as fascinated with language as I am, this was like a treasure chest.  I became a kid in a candy store as I started learning all these new terms and their definitions.

I became an ardent asexual feminist.  I was determined that no one would go through the hell I went through before discovering I was asexual.  I would be open about my orientation wherever I went and damn whoever didn’t like it.  When I started writing, I created some badass asexual women characters.  Like any rookie writer, I sent my work out to traditional publishers and agents first.  I was certain I’d find someone interested in highlighting this orientation.  Someone interested in being an ally.

And I was promptly met with wave after wave of misogyny and ace-phobia.  One of the first rejections I received was from a literary agent who wrote something along the lines of, “Asexuality is too niche to move books.”

An entire group of people, an entire orientation, too niche to bother with.

Then, a couple weeks ago, I stumbled across a list about asexual representation in books.  Who wasn’t on that list?  Asexual-identifying authors (and self-published authors).  Well, that’s not entirely fair:  there was a single book, a romance anthology, written by ace-identifying writers.

I almost flipped my desk over.

I ranted and raged on Tumblr.  A friend suggested I make my own list and I agreed.  I sat down at my desk, opened a word document . . . and realized I didn’t know any ace authors.  I didn’t know any ace artists.  This bothered me to no end.  It wasn’t right and it had to be remedied.  Asexuals needed a resource.  People needed to see asexuals were more than capable of creating beautiful art.  Asexual artists needed to be shown to be more than their orientation (if I hear one more asexual person asked something like “but how do you know you’re asexual if you’ve never had sex?” I’ll lose my freaking mind).

I wanted to create something that my younger self would have found comforting in her darkest moments, when she doubted herself.  When she felt the most alone.

So I put out the call on my social media accounts:  “Asexual Artists Wanted!”  I created a WordPress and Tumblr blog called Asexual Artists.  They can be found at the following links:

I interview any ace identifying artist (all fields of art welcome) who sends me an email.  The response has been overwhelming.  I have been just amazed at the talent possessed by the artists I’ve interviewed so far.  They’re all so unique, but all are amazing and kind.  I’ve interviewed visual artists and writers, all identifying on different places on the spectrum.  All have their own unique style and way of looking at the world.  Profiling them, showing their work, is truly an honor and a privilege.

On February 7th, Asexual Artists reached 200 followers on Tumblr.  And requests for interviews keep coming in.

So why create Asexual Artists?

Because almost every single asexual identifying individual has a story about feeling broken and alone, suffering in silence.

Because asexuality is still mostly invisible.

Because no openly asexual person has ever been up for a major award in any field.

Because a lot of people don’t understand how much damage monosexism is doing every day.

Because I could never find asexual characters in the stories I loved so much.

Because there are a lot of amazingly talented asexual artists in the world (just look at the work of some of the artists I’ve already interviewed).

Because there are still aces out there struggling with their orientation, who still feel alone and broken.  Because no one should ever have to go through that.

For more information on asexuality, I have created a page of links on the WordPress site:  https://asexualartists.wordpress.com/asexuality-links-and-resources/


Lauren Jankowski has been an avid reader and a genre feminist for most of her life. She holds a B.A. in Women and Genders Studies from Beloit College. Aside from fiction, she has also dabbled in non-fiction, writing for sites like “The Next Family” and “Planet Fury.” She has been writing fiction since high school, when she noticed a lack of strong women in the popular genre books.

When she’s not writing or researching, she enjoys reading (particularly anything relating to ancient myths) or playing with her pets. She also participates in activism for asexual visibility and feminist causes. She enjoys speaking about genre feminism, a topic she is quite passionate about, and ho


pes to bring more strong heroines to literature. Her debut novel was Sere from the Green, the first volume in her ongoing series The Shape Shifter Chronicles. The sequels, Through Storm and Night, From the Ashes, Haunted by the Keres are also available. All novels are available on Amazon, CreateSpace, Smashwords, and through her online store at Square Marketplace.